The Pro Player Health Alliance (PPHA) and Gergen’s Orthodontic Lab are proud to announce that two days of screenings for sleep apnea will be occurring during the Super Bowl in New Orleans, LA. The two local Phoenix organizations continue to build momentum with former NFL legends to help spread awareness on the deadly disorder Obstructive Sleep Apnea (OSA) and are hosting multiple screenings around the nation on their “Tackling Sleep Apnea” campaign. 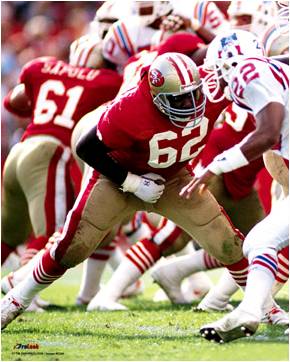 The PPHA and Gergen’s Orthodontic Lab’s campaign to “Tackle Sleep Apnea” consists of events in states all over the nation hosted by different physicians and dentists, who screen, diagnose, and treat sleep apnea.    Guy McIntyre, a San Francisco 49er great and David Gergen, President of The PPHA and Gergen’s Orthodontic Lab, will be attending the Super Bowl and these important screenings. As a result of these screenings, many players have been treated for sleep apnea and McIntyre is one of them. He was treated by Dr. Victor Woodlief in San Jose, CA for sleep apnea. Woodlief will be hosting another screening event on February 10 in the San Francisco area as well.

“I am thrilled to see the momentum that we are making to help spread awareness of sleep apnea on a national level with these fantastic NFL greats!” said Gergen. “Spreading awareness at these events and screenings, and through radio and television has been wonderful.”

After screening patients for the sleep disorder, a board certified sleep physician will properly diagnose the patient, usually involving an overnight sleep study. The home sleep studies will be done with an innovative device called the NOX-T3 by CareFusion, which donated multiple units for the screening of these players. These studies will be under the supervision of Andre Puleo, RPSGT.

These Super Bowl screenings coordinated by the New Orleans NFLPA Retired Players Chapter will take place on February 1 and 2, 2013, from 10:00am to 2:00pm at New Orleans Sleep-Dentistry location within the General Dentistry office of Dr. Frank Martello. Statistically, over 60% of the NFL and former NFL players are suffering from sleep apnea and the campaign gives them, along with health care professionals, the opportunity to raise awareness and save lives through sharing their personal stories.

Media is welcome on both Friday and Saturday from 8:00am to 8:00pm at the office of Moreau in New Orleans.

About Pro Player Health Alliance
The Pro Players Health Alliance (PPHA) is an organization dedicated to helping former NFL players, through providing testing and treatment options for those who suffer from sleep apnea. In addition, the PPHA is dedicated to integrating education and raising sleep apnea awareness, in a fun and memorable way. In addition to the campaign, the PPHA is dedicated to testing and getting people treated who suffer from sleep apnea. The PPHA was created by David Gergen, President of Gergen’s Orthodontic Lab and Former NFL legends.

About David Gergen
David Gergen, CDT and President of Pro Player Health Alliance, has been a nationally respected dental lab technician for over 25 years. He received the award for “The Finest Orthodontic Technician in the Country” given by Columbus Dental in 1986. He also has been appointed chair of the dental wing of the American Sleep and Breathing Academy a national interdisciplinary academy dedicated to sleep training and education with over 60,000 members. David rolled out of bed on September 12, 1981 and had his career “ah ha” moment. He knew he was going to be an orthodontic technician and he knew he was going to help people all over the country to help treat their sleep disorders in partnership with their dentists. He has worked for some of the pioneers in the orthodontic and sleep dentistry fields. He was the personal technician for the likes of Dr. Robert Ricketts, Dr. Ronald Roth, Dr. A. Paul Serrano, Dr. Clark Jones, Dr. Harold Gelb, Dr. Joseph R. Cohen, Dr. Rodney Willey, Dr. Allan Bernstein, and Dr. Thien Pham. One of his proudest achievements is receiving The National Leadership award for Arizona Small Businessman of the Year in 2004.
# # #