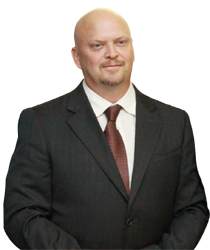 David Gergen, President of Pro Player Health Alliance (PPHA) and Gergen’s Orthodontic Lab, is heavily involved with legendary NFL greats and spreading sleep apnea awareness throughout communities by taking these players to the general public on the national campaign titled “Tackling Sleep Apnea.” Using player names to attract fans was a bold risk that has paid off with hundreds of people already treated and over 160 former NFL players as well.

“Spreading awareness at these events and screenings and through radio and television has been wonderful. I believe by spreading awareness we can save lives,” said Gergen. The events hosted by Pro Player Health Alliance are co-sponsored byGergen’s Orthodontic Lab who will provide free oral appliances to qualified attendees. The goal of the event and national campaign titled “Tackling Sleep Apnea” is to generate as much awareness about sleep apnea and encourage attendees to get tested and diagnosed.

Pro Player Health Alliance member, Mark Walczak, suffered from severe OSA and went through David Gergen, President of Pro Player Health Alliance, to get treated. Mark is one of the most popular players among the guys from the NFLPA Phoenix, AZ Chapter and is liked by everyone he comes in contact with. Since meeting Mr. Gergen they have become very good friends. “I lost my best friend Junior Seau from the effects of this condition and I am trying to spread awareness to save lives,” said Walczak.